Hit by the worst storm in recorded history. 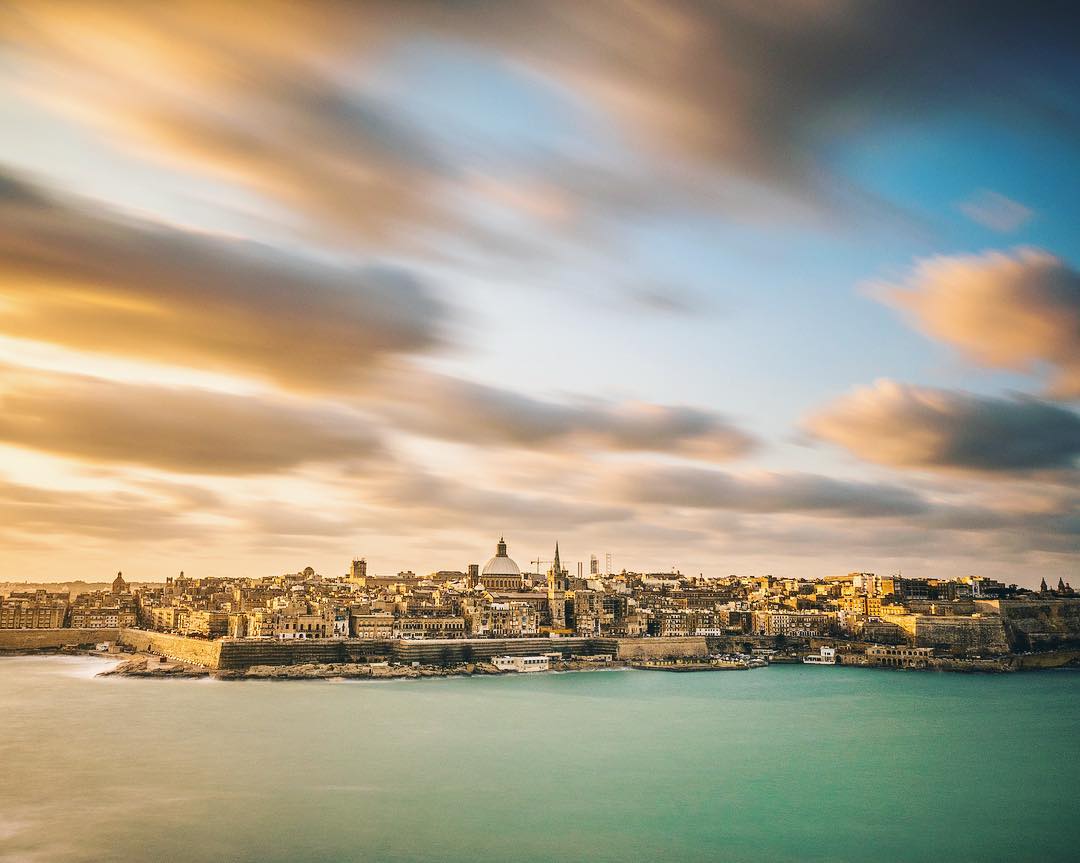 Malta was quite difficult in many ways. The (Half-) Marathon is not in the capital but just around the corner. I signed up for the Halfmarathon from Mdina to Sliema.

I arrived on Friday night and spent a nice and warm and sunny Saturday morning in Valletta. However, taking the ferry back to Sliema was challenging as the ferries were cancelled due to severe weather conditions being expected. I took the bus back around the bays for a nice sightseeing tour – Malta and its cities are more impressive and interesting than I thought. The island has this touch of pirates and knights and it feels like walking through a warm and friendly medieval fortress.

Arriving back in Sliema the storm started and shortly after this thunder and lightning. I was quite optimistic that it was just for a couple of hours and it would be fine on Sunday morning. Nonetheless I went panic-shopping to get a waterproof jacket and long trousers – just in case… after that I picked up the race kit at the Nike store on Saturday evening and spent a night out in a restaurant close to the stormy sea. The road nearby was more like a river and instead of cars and buses people could have taken a boat instead.

Race day was cancelled. The official weather recordings and statistics date back 50 years. This Sunday was the worst storm in recorded history. I woke up in the morning, looking outside the window, not knowing if I should go or not. Fortunately, the race was officially cancelled. The right decision and it has been made for me, which made it a lot easier – it would have been too dangerous outside.

Despite warnings I headed out for a walk and the waves were impressive. They broke and the spray easily reached the top of Valletta’s city walls – about 25 meters I would guess. The wind was around 110 km/h and so strong that fish stranded on the streets – probably the easiest catch of the day since quite some years. I was literally blown away when walking around – the storm pushed me forward, forced me back and the sea spit into my face and I was hit by quite some salt water. But it was great being out. Sometimes it’s not so much about experiences that make you feel alive, but more about experiences that remind you that you’re not dead yet either. I ended the night in a pub with some hot soup and a beer.

I found it quite ironic that everything was organized in the Nike shop – “Just do it!” they say. And in the end they didn’t do it, but there were still medals to be collected. I think it’s the first (and last) time I will get a medal as one of the first 25!

As quickly as the storm showed as up, as quickly it was gone again. Monday morning started with a beautiful sunrise and only the damages reminded of the storm while the weather moved on. Not being able to run is at least one reason to come back to Malta, just to finish the Mdian-Sliema scenic route. Next time not just for a weekend, more likely for an entire week.