Historic sightseeing at the Baltic Sea 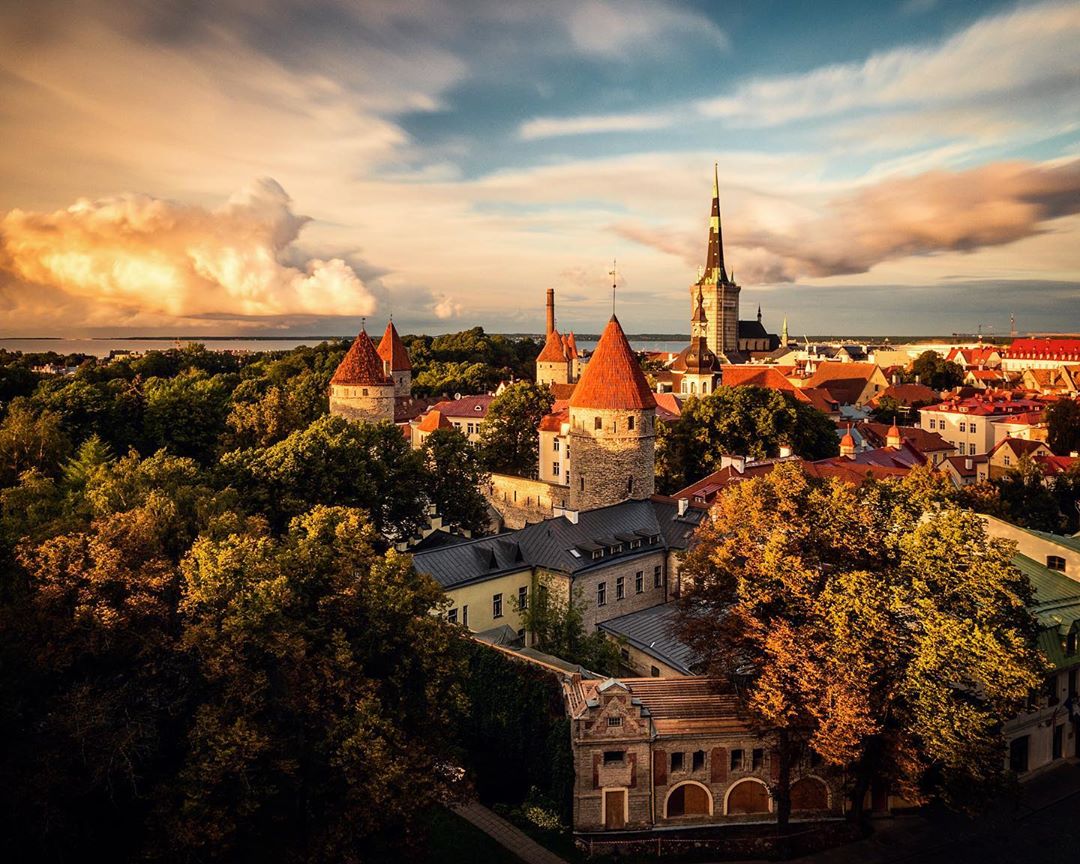 I imagined Tallinn to be quite different. Much more Russian influence, much more communist style, many more orthodox churches and many more golden roofs. The city was quite different and I was surprised – disappointed to have missed out on the eastern stereotypes and at the same time excited about this small, medieval high-tech town with that touch of Scandinavian and European culture. Tallinn’s castles and city walls dominate its historic centre and invite for extended walks.

After arriving in the middle of the night I took a taxi to the hotel. It was tricky to find, doors closed but no problem. It was located nearby the main historic places like the Town Hall Square and the iconic Toompea Castle, as well as the start and end of the (Half-) Marathon. There were a lot of Dutch tourists around as it was not only the Marathon weekend, but also Estonia vs. Netherlands for the European Championship Qualifiers. After the race, I met a guy from the UK in the hotel. He ran the full Marathon with a cold in under 5 hours and was desperatly trying to increase the room temperature to get all the rest he needed.

The Expo was small but well organized, directly in the city centre. I tried to take some long-exposure shots with my camera later that day, but forgot the ND-filter in the hotel – so half of the sessions were just point-and-shoot instead of composing and waiting. It turned out that this was enough, as there was not much movement in the sky anyway.

On race day it was easy to find the correct starting corridors. The local supporters were great and made everything so much easier. It was however more challenging directly after the start through the Viru Gate: cobblestone and bollards marking the pedestrian zones caused a bottleneck and (short) delays. It resolved very quickly and from there on the road conditions were great! The weather was neither too hot nor too rainy – a good mix between clouds and a slight wind. The days before it was warm and sunny. Somehow it always seems to work out for the races.

The Marathon started earlier and shared some of the track with the Halfmarathon. In Stroomi Mänguväljak a group of pacemakers stormed past me. I was shocked to see their time on the balloons and did not expect to arrive with timing – but then, they were much faster then me. I was confused for a couple of meters until I finally realized they were running the full Marathon and not the half.

The route through Stroomi Beach and later the Kopli Park was very interesting as it took me up and down the various little roads throughout the parks. With this I could see other runners, far ahead and far behind me. Even seeing the pacemakers far away allowed me to estimate my current situation and position. I considered everything to be according to plan. As the roads were running parallel to each other, I really appreciated all the supporters – also all the officials making sure that no one took a shortcut. And yes… I saw someone being pulled back to the main road – he went off track to kiss his wife.

The last part of the race was uneventful but with a lot of ups and downs. It was hard, but I pushed through. I finished in 01:56:44, better than expected but not as good as I had wished for. The finish line was actually running through the Viru Gate, which was the perfect location to for Tallinn. Having these two massive medieval gates as finish line was extremely motivating and satisfying for the last meters. While the course had some spectators, the finish area was packed with finishers, tourists and curious locals. I spent some time on the platforms before heading back to the hotel and a warm shower.