My first official race that inspired the Run Europe project. 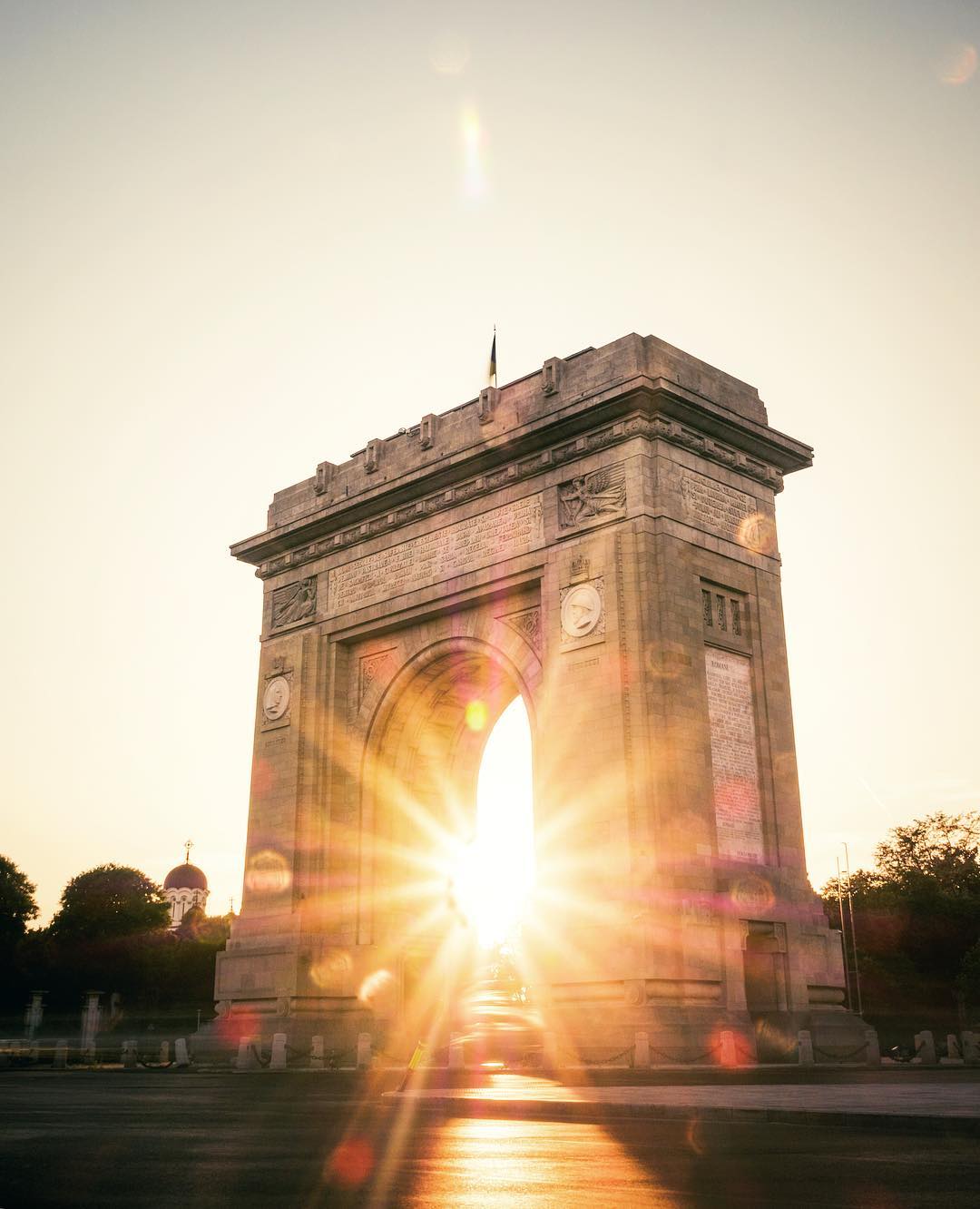 I was invited to Bucharest in May and someone came up with the idea that I could also participate in the Halfmarathon while visiting – as I was running for quite some time but never ran in any official races. So, I did. This triggered the avalanche of ideas that finally became the “Run Europe” project.

The day before the race I picked up the race kit at the Expo on Piața Constituției (Constitution Square). Everything was quite well organized and the massive queue just looked like one – in the end everything and everyone moved quickly and I got my start number, the t-shirt and the usual goodie-bag faster than I would have thought. The rest of the day was sightseeing and loading carbs in a Pasta restaurant.

The race started and ended in the area of the Parliament and Piața Constituției. I warmed up in the Izvor park just nearby and realized that sun cream is probably a good choice for the day. It’s somehow quite ironic to get sun-burnt in Dracula country. The start was about one hour too late for me and the sun was already quite hot when the race finally started.

Of course – as it was my first race – I felt like being just a bit too late for getting into my startblock… and of course I didn’t really hit my spot and went a bit ahead to start with the earlier group.

My goal was to finish in 2 hours and 6 minutes – which would have been a 10 km/h average. From my previous fun runs just alone in the wilderness I thought this is a time I could achieve and a time and speed I was comfortable with. Something I did not consider was the audience, the atmosphere and the adrenaline rush during the race. It was quite infectious and extremely motivating. I really underestimated the effect of these and finished almost 10 minutes faster than expected – just around 1 km/h faster than anticipated.

During the race I tried to focus on surviving and realized soon that water is my friend. At each of the aid stations (around every 5 km) I drank – starting with one cup of water and ending up with two cups for drinking and one cup for a cool water shower.

It was quite surprising and exciting to run down the Unirii Boulevard and already seeing the first runners coming back on the other side.

The course is mainly flat and there were only two major climbs that were steeper than I expected. The first one was around Strada Berzei about 8 or 9 km in. It was still fine and luckily my hill trainings helped me taking over quite a few other runners. At this early or almost mid stage of the race it was not really as hard as it could have been, but it was a bit unexpected nonetheless. The second climb was more of a psychological challenge. After running some relaxed and flat kilometers on Calea Victoriei there’s a right turn leading down to Piața Mihail Kogălniceanu. The road goes downhill – which is good – but seeing the runners on the other side of the street coming back towards me and realizing the consequences, it felt like a slap in the face: “I have to run this hill up again!” After 17 km this was a bit discouraging – but that’s just the normal “ups and downs” you experience during a race. Find someone you can hang on to and try to follow them as good as you can. It always helps to use this grouping effect during the low moments of a race – just to escape and lead a group yourself when you feel better.

In the end everything was fine, and I was able to finish in 01:55:57. My first medal, my first finisher beer and the start of a crazy idea that evolved into a project that allows me seeing the world, experiencing countries and cultures and most of all: have some fun.