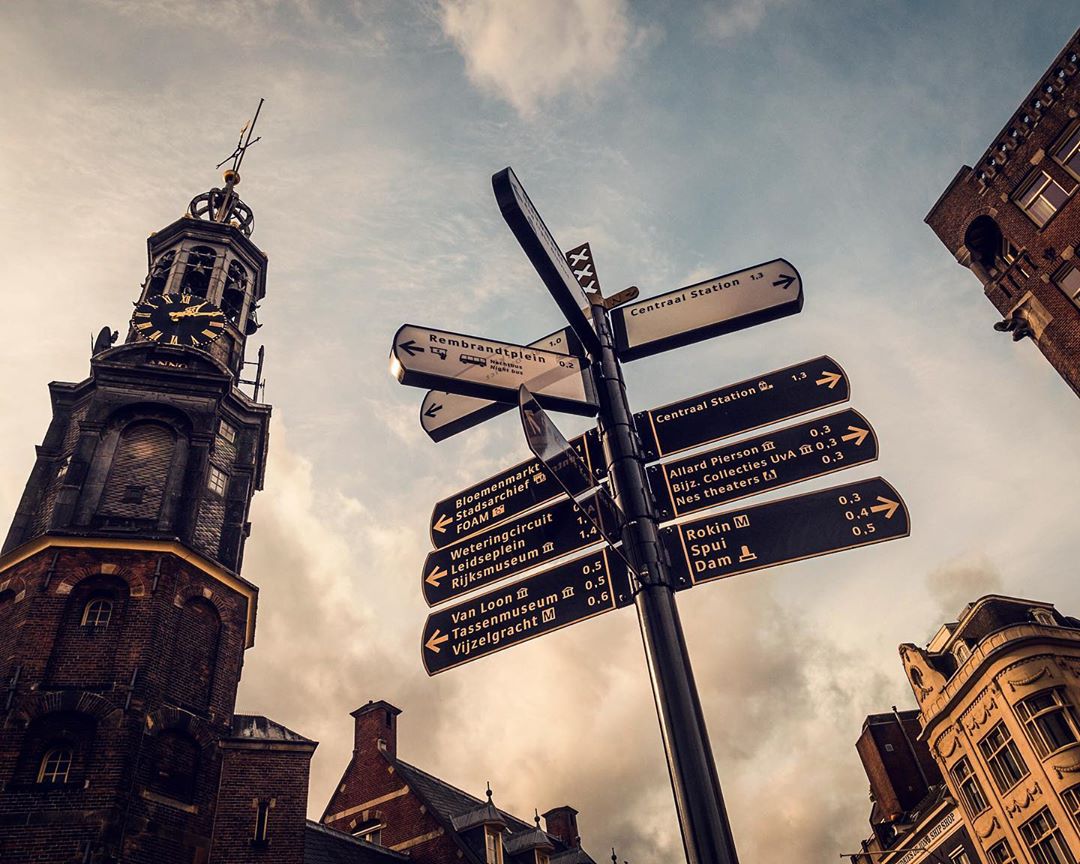 As usual, I arrived pretty late – this time in Amsterdam. Exiting the train at the Zuid Station I already ran into the first signposts for the Marathon. Everything was well prepared and a lot of people were already on casual runs. The hotel was fantastic. After Sofia I did not have any high expectations – but this time it was a smart room with Philips Hue lights, a sci-fi shower cabin in the middle of the room and best of all: no mini bar. Instead they had a 24 hour bar / lounge where they servered “Marathon” dishes for the occasion – just some pasta with meatballs, but still quite good.

The Expo, as well as the start and finish area were in convenient walking distance from the hotel. The Expo was huge, well organized and there was tons of stuff to see and buy. The whole event was rem”brand”ted, with the iconic Night Watch being part of the exhibit and marketing. I used the opportuntiy and visited the Rijksmuseum to see the real Night Watch. It is currently under restauration and heavily guarded by a cage of glass. As I visited after the race, I could not resist putting my medal next to all the ancient medals and coins in the museum’s collection. The other tourists were looking very confused when I did this. The weather was quite moody and the picutures I took were all quite gloomy. Nevertheless, the mood in the city was relaxed and easy-going. When the Royal Palace is directly located next to the red light district, that’s probably all you need to know about a city. However, they heavy marketing around sex and weed was a bit too touristy and at times quite annoying. There were so many other, more interesting sights to see – always following the canals and the smell of cheese and “pepernoten”.

Race day started quite relaxed for me. From my hotel window I was actually able to catch a peak at the Marathon runners passing by. The Half-Marathon started unusally late (around noon) and there was time to sleep in and lazily watch others run instead. I also followed the live stream on my mobile, where I could see much more than just the couple of meters across the street.

The starting area was very well organized and it was easy to find my group. At first I thought “oh no!” because I found myself in the fast group – but the pace turned out to be fine. The course itself was extremly flat – except these couple of bridges over the canals. Aid-stations were no problem and the weather was on my side as well. The last couple of kilometers were probably the highlight, when I passed the iconic Amstel Hotel, the Rijksmuseum and then through the Vondelpark. Running the full Marathon, the course even leads through the museum. Well, the street going through the museum, not a guided tour. I was running a really good time and was able to follow my goal of faster paces in-between. The last couple of meters were then just a matter of exhausting myself. Running into the Olympic Stadion and then 3/4 of a round on the track released a lot of energy. I felt able to sprint, like in no other race before. I was able to overtake quite a lot of other runners on these last meters. A great experience with a great finish!

I managed to run my best time this year with 1:52:00 – and this time, I was even able to have the medal engraved. The race itself was great and I can only recommend it – after all it’s not too far from Germany to go and visit Amsterdam. Maybe I should have stayed one or two more days for sightseeing, but there’s always time to go back for more. The last race of the year and it was a really good one.